Waller joined Legal Aid Society in 2008 as a staff attorney and was named managing attorney of the Nashville office in 2010. Specializing in family law, she works primarily with victims of domestic violence, focusing on securing their safety and independence.

“During her 10-plus years with Legal Aid Society, DarKenya has shown an unfailing commitment to our mission and has advocated tirelessly on behalf of our clients,” said Bob Martineau, president of Legal Aid Society’s Board of Directors and commissioner of the Tennessee Department of Environment and Conservation. “We conducted a nationwide search for the right person to replace Gary, and in the end, discovered that the best candidate was already with us. We’re excited for Legal Aid Society to continue its mission of providing free legal assistance to low-income individuals in our community under DarKenya’s leadership.”

“During Gary’s tenure, Legal Aid Society achieved justice for thousands of underprivileged Tennesseans across the 48 counties we serve,” Waller said. “I’m honored to step into this role and to continue our organization’s crucial work.”

As managing attorney of the Nashville office, Waller has conducted training sessions across Tennessee on domestic violence and the impact of the law for thousands of judges, clerks, lawyers, law students, advocates and youth. In conjunction with the Metro Nashville Government Office of Family Safety, she created the Civil-Legal Advocate Program, which has recruited and trained volunteer attorneys and law students to represent victims of domestic violence, sexual assault or stalking on the Order of Protection dockets in Davidson County, Tennessee. In addition, she helped to secure more than $225,000 in grant funding for this project.

She is a member of several nonprofit boards, including the Nashville Bar Association, the YWCA of Middle Tennessee and the Nashville Coalition Against Domestic Violence (NCADV), where she is the board chair. She is a fellow of the Nashville Bar Foundation and has been recognized as a 2016 Woman of Influence by the Nashville Business Journal, as a 2016 Athena Award Nominee and as the 2015 Advocate of the Year by the NCADV. Waller is a 2011 member of the Tennessee Bar Association’s Leadership Law Program for outstanding young lawyers.  She participated on the Tennessee Child Support Guidelines Taskforce and was appointed to the Indigent Representation Taskforce by the Tennessee Supreme Court, where she helped to propose recommendations for reforming legal representation to the poor across the state. Waller has held leadership positions with the Lawyers Association for Women’s Marion Griffith Chapter and the Nashville Alumnae Chapter of Delta Sigma Theta Sorority Inc. She has served on the Tennessee State Domestic Violence Coordinating Council and as chair of the Family Law Task Force of the Tennessee Alliance for Legal Services.

Before joining Legal Aid Society, Waller established and ran a legal practice in Jackson, Mississippi, that specialized in domestic law and real estate. She is a graduate of Jackson State University and the University of Mississippi School of Law and earned her master’s of business administration from Belhaven University in Jackson.

Legal Aid Society of Middle Tennessee and the Cumberlands advocates for fairness and justice under the law. The nonprofit law firm offers free civil legal representation and educational programs to help people in its region receive justice, protect their well-being and support opportunities to overcome poverty. It serves 48 counties from offices in Clarksville, Columbia, Cookeville, Gallatin, Murfreesboro, Nashville, Oak Ridge and Tullahoma. Legal Aid Society is funded in part by United Way. Learn more at www.las.org, or by following the firm on Facebook. 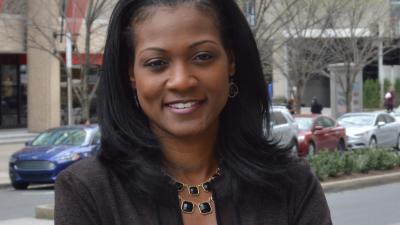