This award is a way to recognize and emphasize the value the access to justice community has for a particular kind of accomplishment – one that promotes state-wide collaboration on a project beyond one organization and strengthens access to justice across the state.

One of the strengths of the provision of legal service in Tennessee has been the historic tradition of working together, across program lines, to address common problems that clients and programs face. To recognize and encourage those efforts, a person who promotes inter-program cooperation or otherwise strengthens the provision of legal aid in Tennessee is annually named the B. Riney Green Award recipient. 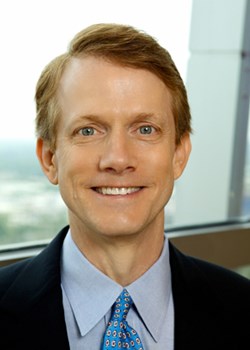 In the late 1990s B. Riney Green, a Nashville attorney, relentlessly led Tennessee’s effort to prevent the U.S. House and Senate from adopting provisions that would reduce funding to legal services and increase restrictions on legal aid programs. As a corporate lawyer and a Republican, he was a new and credible voice in this effort. He successfully engaged others in his effort and had access to representatives from across the party and ideological spectrum. His efforts in this state not only improved relations with the Congressional delegation, but were essential to the successful national effort to resist these legislative attacks. This award is named to honor his contribution at a critical time in the history of legal services in Tennessee and the nation.

HOW TO NOMINATE SOMEONE

To nominate someone click here to complete the form and answer the narrative What contributions has the nominee made to state-wide collaboration for the benefit of our clients or our programs? Up to three additional supporting nominations or letters can be submitted by individuals or programs for each nominee. Email your nomination packet to Judy Fazi. 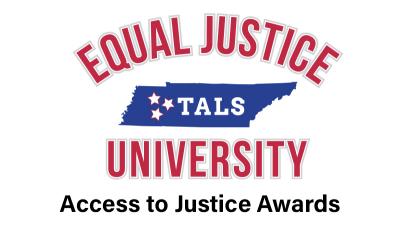